Grand Hotel Angiolieri's hospitality tradition goes far back in time, all the way to the Romans. Built in 100 BC, it was originally a villa designed as a place of otium and carefreeness.

Later on, it housed a convent of Poor Clare nuns, who chose this place for its peace and tranquility. In the late 18th century, it became the property of the aristocratic Cosenza family who turned it into a hotel under the name Hotel Seiano.

In the early 19th century, Hotel Seiano – as it was then called – was popular among artists, writers and young British aristocrats travelling across Italy and staying on the Sorrento Coast as part of their Grand Tour. 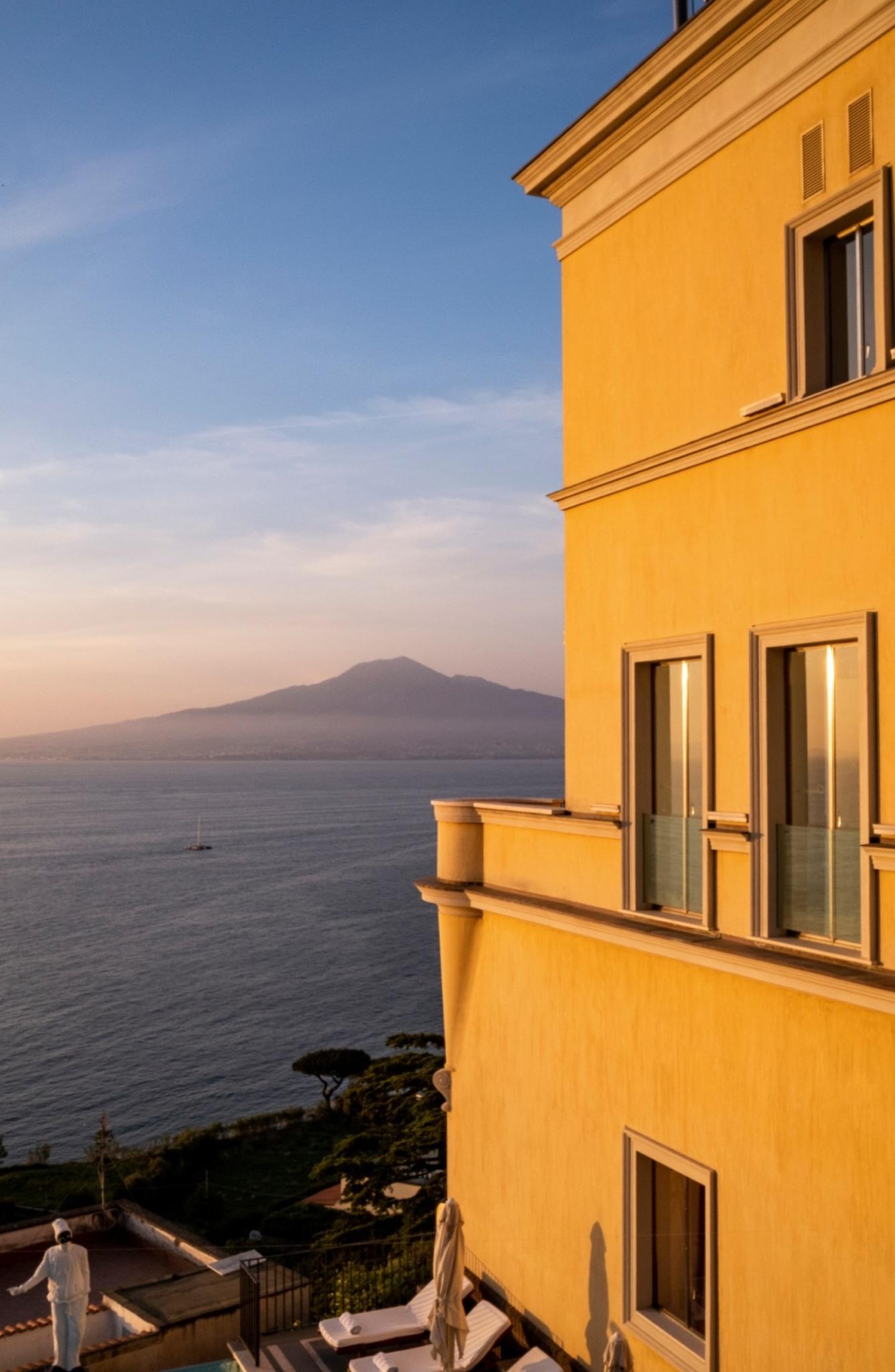 The perfect setting for your luxury holidays

In the 1950s, the refined atmosphere of Grand Hotel Angiolieri provided the perfect backdrop for several scenes from the film Scandal in Sorrento directed by Dino Risi – one of the masters of Commedia all'Italiana – featuring film legends Vittorio De Sica and Sofia Loren.